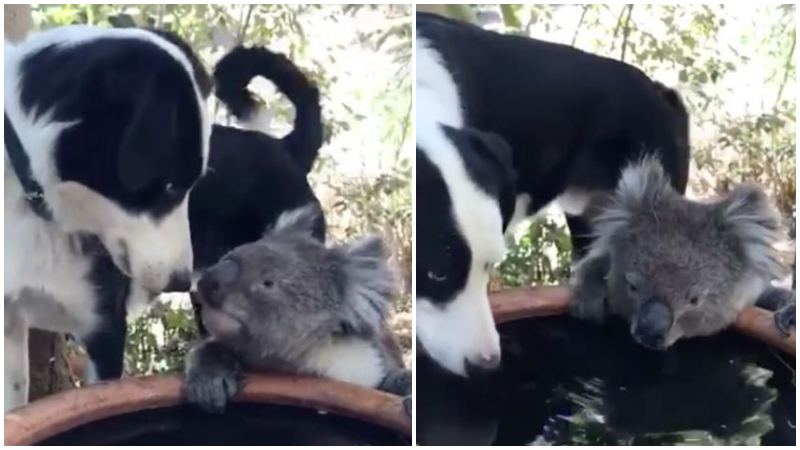 It’s always exciting to see how animals of totally different species befriend each other.

When we see how animals of different species form friendships our hearts melt as it is the most wonderful thing in the world!

It’s so sweet to witness them when they help each other in times of need. 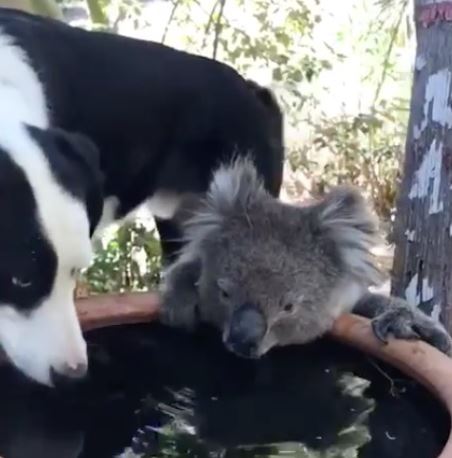 That’s the case with a koala and a dog when there were wildfires in Australia.

The koalas were grabbing some water during that time by entering homes of people!

The dog named Rusty befriended Quasi! The most unusual part of their friendship is that Quasi is a koala while Rusty is a dog.

Once the owners of the dog decided to film the cute interaction between these species. 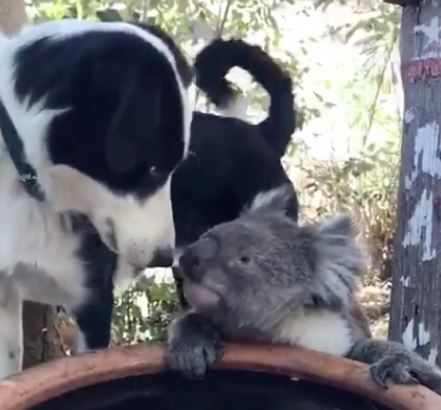 Their story was shared on social media and soon in a very short period of time it received 7 million views.

Quasi was drinking water from a big pot when Rusty approached the animal.

Rusty also took a few licks and what happened next truly admired everyone!

The soft and heartwarming moment when they touched noses is so cute! 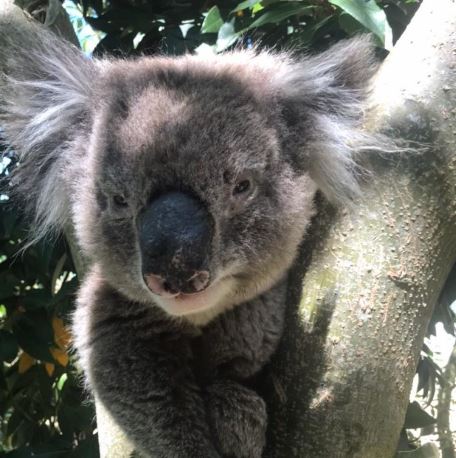 It seems Rusty could sense that Quasi finds it hard to drink water and came to comfort him.

That’s probably the most amazing moment one can ever witness!

This story is another proof showing that friendship doesn’t know any boundaries!

Animal Stories 0 55
This is another interesting story that will leave you astonished! Have you ever had

Wild Life 0 48
The mother nature never stops amazing us with its wonders. These amazing shots were

Animal Stories 0 50
The animal’s world is full of the most unusual and strange friendships! This one

The cute squirrel gets treated with old fermented pears that make her a little tipsy
This is another interesting story that will leave you astonished! Have you ever had
Animal Stories 0 55

This cute scene of butterflies drinking tears from turtle and alligator eyes will simply make your day
The mother nature never stops amazing us with its wonders. These amazing shots were
Wild Life 0 48

Cat lost for months is nowhere to be found, but then she hears her little girl’s voice
Our heartwarming and cute story is about a girl who finally got reunited with
Animal Stories 0 429

Cat lost for months is nowhere to be found, but then she hears her little girl’s voice
Animal Stories 0 429